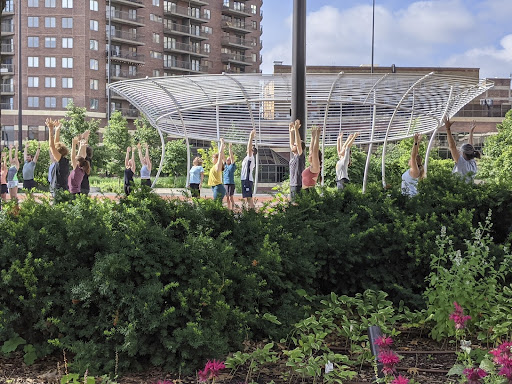 Des Moines Performing Arts has announced the return of its free outdoor programming in 2022. According to a press release, there will be seven programs for families, starting with Yoga on Cowles Commons, scheduled for 9 a.m. Sunday from June 12 through June 1. september. 25. Yogapalooza with children’s and yogi recording artist Bari Koral Band is scheduled for June 24-25, followed by Bees by Polyglot Theater, a series of pop-up performances at various community parks, July 7-10. Other programs are planned throughout the summer and until September. A full list of programs and details can be found at the Des Moines Performing Arts website. Jonathan Brendemuehl, director of communications for Des Moines Performing Arts, said the return of free outdoor programming is a response to the success of the 2021 programs, which allowed residents “to experience the power of performing arts in their community. We wanted to break down as many barriers as possible and collaborate with a wide range of artists, venues and communities so people could experience the magic of live performance.” Photo courtesy of Des Moines Performing Arts.