There’s something real and rustic about “Skylab”, a Telugu film starring eccentric Nithya Menen in a lead role from rookie director Vishvak Khanderao which is now streaming on OTT. Nithya not only stars in the musical, but is also part of the film as a producer as she speaks to WION exclusively about her experience working in the film which is “a comedy of errors with a sweet message.”

With three big films in her kitty with co-stars Dhanush, Pawan Kalyan and Vijay Sethupathi, Nithya Menen talks about her idea of ​​relaxing in complete silence in a world that has fallen in love with chaos and turmoil.

Check out excerpts from our conversation:

WION: What do you think of Skylab premiering on OTT given that its theatrical run was cut short due to the pandemic? What were your expectations of the film when you embarked on the project, both as an actor and as a producer?

I don’t think my expectations for the movie were sky high, to be honest. I just saw that it was quality writing and therefore quality content. Speaking of the original script, I didn’t go into the production part to capitalize on it, but to make sure this movie came to fruition. So I didn’t expect anything as a producer. But as an artist, as someone who wants to see good cinema being made, I got into the project as a producer.

WION: What prompted you to get into production? Which role is more satisfying, that of an actor or a producer since you have tried both?

Nithya Menen: I ventured into production because I saw a brilliant script in Skylab. I saw something that could be made into a beautiful movie and as an audience I wanted to see that movie on screen…I wanted it to be made. I don’t know what I like more because for me it was done more for practicality. It was spontaneous. It just happened.

WION: The film is a comedy-drama and a genre that you have experienced before. How funny do you think you are as a person in real life? Are you clumsy in real life or do you consider yourself a serious person?

Nithya Menen: Honestly, I’ve never done so much comedy before. I was really excited about doing comedy. I think I’m kinda funny in real life. Few people know this, but I can be funny. A lot of my close friends always crack up around me because that’s probably my personality, just to say things off the cuff. So yeah, I think I’m actually funnier than most people realize. Doing on-screen comedy is definitely something I thought I couldn’t do, but I really had fun doing it and now I want to explore comedy a lot more now. I want to see how it goes.

WION: What attracted you to the character of Gawri?

Nithya Menen: I was drawn to the movie as a whole – the way it was put together, it was written, it was crafted, and the unique ideas that bring it together. As for Gawri, I loved her character from the start. I saw her as an extremely adorable, funny and completely oblivious person. She thinks she’s so good at something but she’s actually pretty bad at it and I thought it was funny addressing her character. I couldn’t wait to play this character because nobody gives you a character like that. You’re mostly a shade of white or black on screen, so it was exciting to play a real character with real flaws. 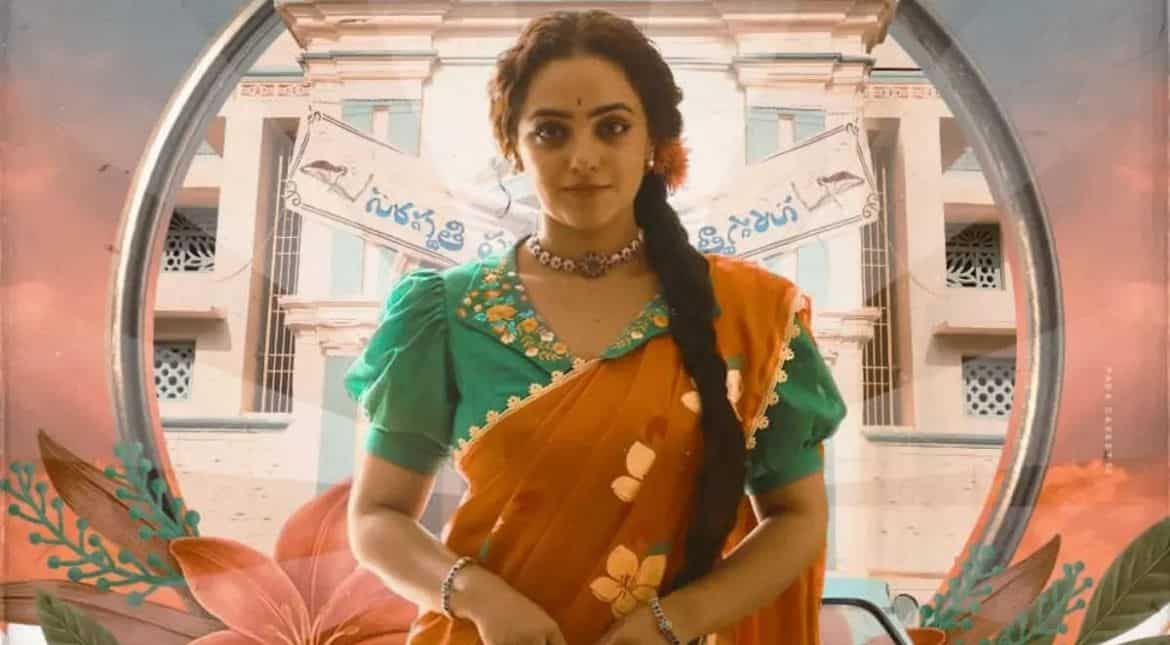 WION: You have a busy list for the year with films with Dhanush, Pawan Kalyan in the works. What can you tell me about your roles in ‘D44’, ‘Bheemla Nayak’, ’19 (1a)’? Plus, whatever you can share about these actors that set them apart from each other, your fans would love to know about your camaraderie with them on set.

Nithya Menen: I got along very well with the three – Dhanush, Pawan Kalyan and Vijay Sethupathi and it was mutual from their side. They are all very different types of people. I would love to collaborate with them again as I have developed a great working relationship with all three. With Vijay Sethupathi, we didn’t get too much screen time together, but whatever little screen time we had in 19(1a) was great. 19 (1a) is about a very simple girl and how her life intertwines with the life of a writer played by Vijay Sethupathi. Although they are not always together in the film, they are linked in a unique way and it is a very beautiful film. Vijay and I, even though we didn’t have much to do together, we really enjoyed our filming time for 19(1a).

With Pawan Kalyan, he and I talked a lot. I remember Pawan telling me once that he was really comfortable working with me and that it was fun to work with me. So yes, I feel the same for him.

Dhanush is also a very easy-going person. We developed a working relationship very quickly. We’re both actors and very intense people in real life, so it was easy to relate to each other as actors. It worked very well. Actually, Dhanush wanted me to do all his movies after that, but unfortunately that couldn’t happen. In terms of professional collaboration, we are really looking forward to seeing what more we can do together. So yeah, I got along pretty well with all of them. Also Read: Dhanush-Aishwaryaa Divorce: Rajinikanth Fans Won’t Forgive Actor, Industry Insiders Feel

WION: Apart from the Tamil, Telugu and Malayalam films you have in the works, we also loved your work in Hindi cinema – Mission Mangal with Akshay Kumar or Breathe with Abhishek Bachchan. Do you think there is a difference in the way of approaching cinema in the two parts of the country – North and South? Do you have other Hindi projects in the pipeline?

Nithya Menen: The difference isn’t really in terms of filmmaking, it’s more about cultural differences, how certain places operate culturally. Breathe, of course, was different because it was a web series, and it was a very different space. It wasn’t a movie; the movies are slightly different. Hindi projects, yes I have some very interesting projects in the works, but not something we can discuss at the moment. So, I’m looking forward to doing some very interesting things in Hindi because breaking out of the Breathe mold has been tough. People keep seeing you or waiting for you in that kind of character after seeing you do that once. I don’t want to repeat myself. I want to experiment.

WION: How was your New Year’s party? Something worth mentioning that you did to unwind over the holidays?

Nithya Menen: In fact, for me, I sort of recognize it internally, like “ok, it’s a new year”. It’s a very internal process for me. I don’t think I’ve ever done anything outside like socializing or anything just because it’s New Years. Most of the time I worked, so I also worked on the 31st. On the 1st (January), I was all alone in my house… resting.

WION: You also happen to be a talented singer. Do you also want to explore this talent that is yours, a bit like playing in the future?

Nithya Menen: Yes, I’m a singer and I want to explore. In fact, I’ve already started doing it. We have already recorded a few tracks and I want to release my first track in the middle of this year. So that’s another very exciting thing that I’m looking forward to. I really want to sing more and more professionally.

WION: How do you relax after a hard day’s work? Do you like anything other than acting and singing?

Nithya Menen: I need a lot of time for me after work because the work is very intense, like people. It’s full of people, it’s full of having to interact with a lot of people. So for me, relaxing means complete silence and complete isolation. I just go back to my room, shower, eat something good depending on how hard the day is. I like to eat something that is soothing and pleasant to me. I just remain silent. I just do my own thing. I prefer not to talk to a lot of people.

Also read: Indians have a great appetite for magic: magician Drummond Money-Coutts and his date with magic

Interview | Abhimanyu Dassani: Bollywood taught me how to deal with different people

“Skylab” hit theaters on December 3. It is a fictional tale inspired by incidents surrounding the scare crash of NASA’s Skylab space station at Karimnagar on July 11, 1979. The film stars Nithya Menen, Satyadev Kancharana and Rahul Ramakrishna in key roles. It is currently streaming on SonyLIV.