January is supposed to be a big month for the performing arts in North Texas with nearly a dozen theater and dance productions scheduled. But with the rapid spread of the omicron variant wreaking havoc on our ability to come together, two shows have already been postponed. Other groups say that, although they plan to continue for now, they are closely monitoring the evolution of coronaviruses.

Meanwhile, performances of the traveling Broadway production of Boys jerseywhich began Tuesday, continues at Fair Park Music Hall through Jan. 9, according to Dallas Summer Musicals spokesman Mike Richman, albeit with a reduced-capacity audience.

DSM expects to sell around two-thirds of the 3,400 tickets available for Boys jersey each night, meeting screenings because this is the show’s fifth tour through Dallas, Richman said. During the first two nights, 15% of the expected audience did not attend, which is higher than the typical no-show level of around 10%. Shortly before the show opened on Tuesday, three sick cast members had to be replaced, he said.

” Except [further] outbreaks within the tour company, we expect to have all 16 performances of Boys jerseyincluding New Year’s Eve and New Year’s Day,” Richman said.

Postponed productions include Shakespeare’s annual winter series Dallas twelfth nightslated for Jan. 14-23 at Moody Performance Hall, and Junior Players’ be cooler, which had been set for January 6-9 at the same location.

The postponements reflect what is happening on Broadway, where several shows have been closed until the start of the new year. At least four have announced their permanent closure. Hugh Jackman, who stars in a revival of The music manis the latest star to contract COVID-19.

“After a public meeting with the production company to consider what we should do to protect their health and safety in the future, we feel that we cannot ensure the health of society and our audiences with the push of COVID we know,” Raphael Parry, executive director of Shakespeare Dallas, said on the troupe’s website. “After the holidays, we will look at possible ways to bring this production back up. We cannot guarantee postponed production and new dates, but we will do our best.”

“As a non-profit organization that exists to provide children and teens in our community with the opportunity to produce art, the last thing we want to do is cancel a production,” the company wrote. in a press release. “However, we also have a responsibility to all of our amazing cast, production team, staff and customers to provide a safe environment. After many discussions internally, with other theater troupes, our Junior Players Board of Directors and public health professionals, we have made the incredibly difficult decision to postpone be cooler.”

Dallas Summer Musicals had to cancel a performance of hamilton in November when one or more cast or crew members came down with COVID-19. The next step for touring Broadway show hosts is success Hadesvilleslated to open Jan. 18 at the AT&T Performing Arts Center’s Winspear Opera House.

Even before that, ATTPAC is about to present a short series of What the Constitution means to me as part of its series of Broadway tours starting Tuesday. 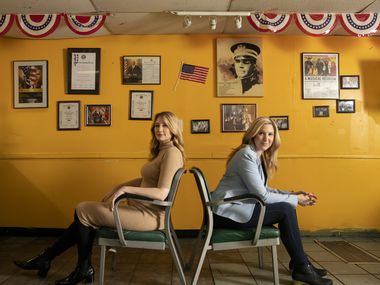 “I think it’s fair to say that sales have slowed down, but even during tonight’s show [Mannheim Steamroller], we saw strong attendance and sales on our December shows,” ATTPAC spokeswoman Caroline Crocker said Thursday. “And really, all of those shows saw strong last-minute sales. So I think people are still eager to get out, but are taking a wait-and-see approach.

The center is also hosting a performance by New York dance group Ballet Hispánico, presented by TITAS/Dance Unbound and scheduled for January 14 at Winspear.

“They bought their plane tickets. The plan is to move forward. We have a very full room,” said TITAS director Charles Santos. “The risk of cancellation is still there during this period. At the moment it is moving forward and we are ready to go.”

The Dallas Theater Center also plans to move forward with its upcoming production of the Thornton Wilder classic. Our city, scheduled for January 27 to February 27. 20 at the Kalita Humphreys Theatre.

Rehearsals are expected to resume on Tuesday, according to spokeswoman Paula Paggi. “We are not planning to cancel or postpone anything at this time, but I can tell you that we will be creating a digital version of Our city available.”

As you might expect, SMU DataArts at Southern Methodist University, a data collection and research center that studies the financial and operational health of arts and culture institutions nationwide, reported that rates of COVID infection are the biggest, if not the only, factor in declining ticket sales and attendance.

“Arts and culture are back in Dallas! shouts the first sentence of a November announcement by the Dallas Arts District of a collaboration between 29 local arts organizations encouraging audiences to return to in-person performances. Three video spots were created for social media and broadcast media.

The hit musical Dear Evan Hansen debuts Tuesday night at Bass Performance Hall in Fort Worth. A spokesperson for the venue told us late yesterday that “all performances” of the show are scheduled as planned. She added: “In the event that a performance is affected, all ticket holders will receive an email with instructions and we will post on our social media.”

Théâtre Trois begins rehearsals for Virgin Maytag this week, according to art director Jeffrey Schmidt. He said the production has some advantages, like a cast size of two. The number of people in the rehearsal room will be kept to a strict minimum; the tests will take place three times a week; and there will be no contact with the public, who will have to wear masks and be vaccinated or have a negative COVID-19 test.

“I’m not going to guess our chances. We do the show until we don’t do the show,” Schmidt said. “That’s not to say we’re not modeling different scenarios to make sure the show runs regardless of what COVID throws at us. I think it’s just healthier to see it that way, instead of worrying about cancellation.