Eponymous as “the very first Maltese opera film”, Blat is a journey that only volunteers can undertake, patience being a requirement to get through the technically disastrous and narratively disappointing affair.

I wouldn’t consider myself an opera fan, but I enjoy it. Like any other live performance, it’s not just about fun or storytelling; it’s about the high level of skill required to hit the perfect notes, to harmonize with the music as a live orchestra shows off its hours of practice.

Opera may not be an art form I seek out, but it is an art form I enjoy because these performances are closer to feats of human strength and creativity than a product simply designed to entertain. It’s intellectually engaging as the emotion shines through the surreal melodies and crescendos, hitting me even when I don’t understand what they’re saying. The opera is beautiful, and Blat: the fortress of the islandMalta’s first eponymous film-opera, is anything but.

Set in World War II, the film loosely follows Madeleine (Nicola Said), a middle-class girl from Valletta whose family sides with imperial Britain over the fascist Italian alternative. In Shakespearean fashion, she falls in love with Mussolini sympathizer Marco (Angelo Muscat), the couple unable to formalize their forbidden love – except there isn’t.

As the film moves at a snail’s pace, Madeleine and Marco barely interact with each other; their few moments together weak at best and painful to watch at worst. But the problem is much worse than that.

The entire cast, whether it’s a central role like Astrid Cacciatore’s bartender or a recurring extra, lacks chemistry and credibility. Each performance is theatrical and bombastic, cinematic subtlety thrown out the window in favor of comical and extreme caricatures – except when they sing.

By the time the music kicks in and the pre-recorded vocals begin, everyone turns into a rigid statue, forgetting to show passion in the scenes where it’s needed most. When Madeleine sings to Marco from her balcony, neither of them moves a muscle as Marco holds up a fake clear-as-day plastic rose (which is used several times in the film).

What doesn’t help is the minimal attempt at lip-syncing to the music: more often than not the voices don’t match the actors at all as their mouths are clearly closed or at different parts of the song, reminding me of Italian dubbing dragonball I looked like a kid but without any charisma.

The musical problems don’t stop there. The songs don’t pass through each other; instead, one of two options is chosen: either the film falls into complete silence for five seconds before the start of the next track, or the next song begins abruptly in the middle of the last.

When the actors are “singing” – a term I use loosely because it’s visibly obvious that no sound is coming out of their mouths – the audio quality is clear or sounds like it was recorded in a bathroom, sometimes changing in the middle of a line. Even its sound design is haphazard: loud (again, out of sync) footsteps arbitrarily thrown into a scene when the majority of the movie lacks ambient sounds, or the same looping background noise clip with a noticeable gap in the middle.

However, the most troubling issue is the subtitles getting out of sync twice with the lyrics. Twice! This isn’t the kind of issue that requires a budget to fix, only a quick production quality assurance watch before you call it a day – which clearly hasn’t been done and only does make the movie look rushed and amateurish. 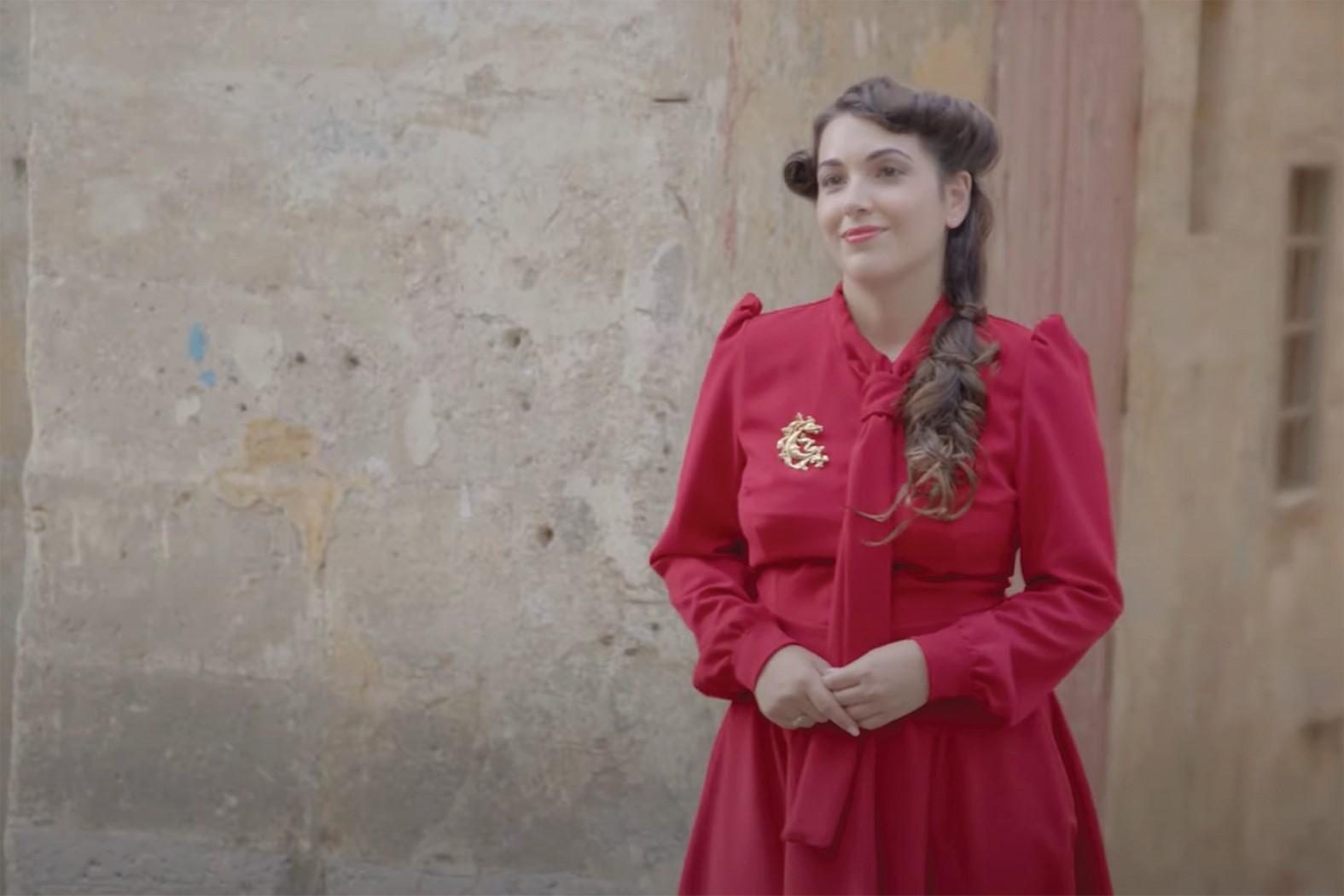 I don’t understand why this was made into a movie, because every aspect of filmmaking is either overlooked or done without a second thought – in fact, being a movie hurts more than it helps. While the editing is extremely clunky and contributes heavily to the inconsistent and off-key performances, the cinematography is a completely overlooked dimension.

The camera adds nothing to the narrative, choosing to capture the actors awkwardly “singing” next to each other in place with little or no movement; the few times he does a redeeming close-up, he’s either out of focus or the actor stares at the camera in the middle of the take.

In all directions, Blat underperforms; sponsored jewelry brands are unashamedly placed in plain sight, shattering any sense of periodic immersion, while odd bits of choreography are jammed into the film, often resembling a school talent show that’s only watched out of obligation. At no point is the magnificence of the opera captured as every aspect seems fake and alien, the wonder of the living talent destroyed while the film never lets you forget its inauthenticity.

And without opera, it’s just a movie, the one that goes nowhere and accomplishes nothing. He is indifferent and lethargic. It’s unprofessional and unprepared. And above all, it’s the worst descriptor a film can have: it’s absolutely boring.

Independent journalism costs money. Support Times of Malta for the price of a coffee.